I really do enjoy designing and coding for a browser. 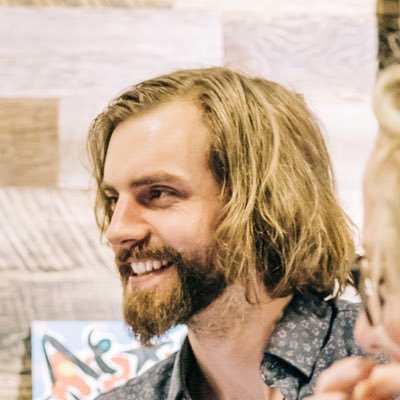 Which skills have been most helpful 3?

I’d say the biggest “skill” per se, is actually just doing the thing you said you would do. Not as many people are overly practiced in this space yet, so I think it’s more important to just see an idea through to the end. Honestly, that’s probably been my most helpful discovery in any creative or technical projects.

I am Derek Mohr, a designer & developer living in Grand Rapids, Michigan, USA. I moved as far north as I could think of in 2007, to go to Northern Michigan University. I lived up there, ended up becoming really obsessed with Graphic Design (and the newly-emerging “web designer” possibilities), and graduated with a BFA in 2011. I’ve had different titles of designer and developer since then, with varying levels of freelancing in between. I’ve currently been in my dream spot of having web development fun at Mighty in the Midwest, with a side of logo design on my own.

I also learned how to travel by backpack and hostel in 2017, and was all the way up to my 10th country before Covid struck. I don’t think there’s a more alive feeling in the world than being in the middle of a city you’ve never been with a group you’ve only just met. I can’t wait to get back out there!

Outside of designing, coding, and traveling around, I enjoy space (astrophysics, not astrology), ice hockey, comedy, soccer, and of course, wine.

The easiest way to buy and sell cryptocurrencies.

A virtual world on the ethereum blockchain.

We curate and collect artworks that use smart contracts in exceptionally creative ways. We bring together artists and builders to produce fingerprints of the blockchain.