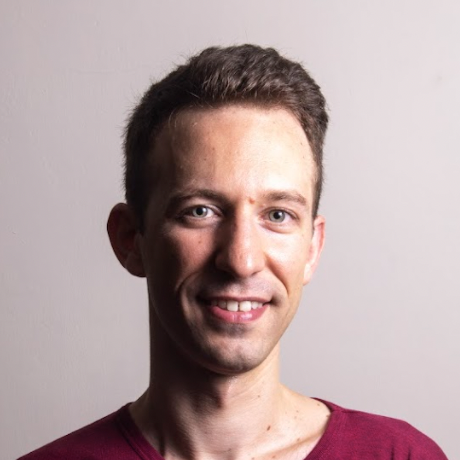 Founder @EatTheBlocks
Julien Klepatch, is a french maker and content creator. Julien founded Eat The Blocks, an online academy for blockchain developers & also a YouTube channel with more than 100 tutorials. Previously, he was a freelance developer for differents blockchain topics.
Taiwan
view Profile
Posted on
October 19, 2021

First things first, can you introduce yourself? Please tell us more about your background, how you got interested in blockchain & DeFi and what you are currently working on?

I am Julien, CEO & Founder of EatTheBlocks, an online coding school for Blockchain development. I grew up in Paris, France. I studied Engineering and Finance. I started my career in Finance, in Hong Kong. After 3 years, I realized I wanted to do something else.

That's why I moved to Taiwan, where I first learned Chinese. I met cool people here, including software developers.

Coding seemed like a fun thing to do, and the freedom to work from anywhere really appealed to me. That's when I decided to change my career path and become a software developer.

It wasn't an easy transition, and for some time I had to complement my income with all sorts of jobs. But at some point I managed to have enough customers, on a freelance basis. At some point, I started to want something more stable. I was especially interested in getting a remote job, so I could keep some freedom. But I soon realized that I was still too junior to get a remote job. I started to think about how I could specialize in a niche. And that's when I stumbled upon this new concept of Blockchain, sometime in 2017.

I felt in love right away with the concept. The first 6 months I read everything I could find about Blockchain. At that time, Blockchain was mainly about Bitcoin. So I focused on that. The Bitcoin, the book Mastering Bitcoin of Andreas Antonopoulos. These 2 books really helped me a lot to understand what was a Blockchain.

Soon after that, I discovered Ethereum. It was like Bitcoin, but way more cool. When I first saw the landing page of Ethereum in 2017, it said that Ethereum was a decentralized computer. I found the concept so interesting. And there were these mysterious smart contracts.

I also found that it was way easier to build applications on top of Ethereum compared to Bitcoin. That's why I decided to focus on it.

In order to learn faster, I created video tutorials for Blockchain developers, on my Youtube channel EatTheBlocks. The channel became popular quickly, and that's how I found my first job as a Blockchain developer. I was well paid, the job was interesting, and it was a remote job. Exactly what I wanted.

The company which hired me almost went bankrupt one year later, and I lost my job. At this point, I decided to commit more to EatTheBlocks. I became more active on my channel, and I released my first courses. At the beginning, it wasn't enough to make a living, but the revenue kept increasing, and in 2020 it finally reached a point where I could rely on it for all my expenses. I stopped all my freelancing and doubled down on EatTheBlocks.

Fast-forward in 2021, EatTheBlocks grew a lot, and is now the biggest Youtube channel for Blockchain development, with 350k views / month. The course business also grew a lot. I have incorporated a company, and I have hired my first employees. We now have 4 employees, and the team keeps growing. The team is doing an awesome job, and it's super exciting to think about all the things we are building. We are going to release many more courses for Blockchain developers, and EatTheBlocks is growing fast.

What have been your most important failure and what did you learn from it?

After college, I got my first job in the Finance industry. 3 years later, I realized that I will not succeed in the industry. I worked hard to get there, and I graduated from top colleges. But it still wasn't enough.

I learned that although working hard is necessary to succeed, it doesn't guarantee success. I also learned that I shouldn't be so focused on money, and instead I should be more attentive to my own interests. That's when I started to develop a strong interest in programming. I followed my passion, and in the end, it really paid off.

If you could change anything from the past, what would you do differently?

I would probably get into software development sooner. Oh, and I would buy Bitcoin in 2009 :)

What soft & hard skills have been most helpful in helping you succeed in the DeFi?

Having a good base in software development was definitely very helpful. DeFi is built on Blockchain, and Blockchain is built on the web. If you are a total newbie, it's going to be hard to understand DeFi at a technical level.

Also, having worked in finance before helped me tremendously. In DeFi, we always assume that everybody has a financial culture, but that's not always the case.

How have DeFi and blockchain have changed your life?

Getting into the Blockchain industry was the best decision of my career. It allowed me to get a remote job, even though I was still a junior. It also led to creating EatTheBlocks, which ultimately became a successful business. And finally, it gave me a strong sense of purpose, as I strongly agree with the ethos of Blockchain.

What is a typical day for you? What are your work habits? (Planning, how you work, rules you set for yourself, tools, etc...)

I publish 3 videos per week on my Youtube channel. This takes a big chunk of my time. When I start working on a new video, I first research on an interesting topic. Then I prepare all the material, code, script, and visual assets. Then I record the video. And finally I give the raw recordings to my video editor. I try to have one week of advance.

Every day, I also have regular meetings with my employees. I help my instructors to fine-tune the curriculum of their course, give them feedback. I also spend time on hiring, talking to investors. There are really a lot of different tasks to do, and I constantly need to jump from one topic to another.

For tools, I use a combination of google drive, notion, zoom. Nothing too fancy. I like to keep it simple, especially when you have a team and you work collaboratively.

Which tools do you use in your daily life as a maker and a content creator?

I use Camtasia to record my screencast, draw.io to create schemas, figma to create visual assets, a Blue Yeti to record my voice, an iphone to record video, and a ring light / tripod combo to hold the iphone.

For coding, I use vim. It allow me to minimize the use of my wrist, which reduces the risk of getting RSI syndrome.

What are the best resources (media, blog, influencer, podcast, nl…) you follow to be always up to date on the DeFi and your niche?

What is your favorite DeFi Project?

Wow, difficult question. I don't know if I have a favorite one, because they are so many good ones, but I would say that Uniswap really stands out for having created the concept of AMM, probably the biggest innovation in DeFi.

What kind of challenges are you looking for today? (on a philosophical level)

I am learning how to become a good CEO. I started EatTheBlocks as a one-person business. Now it has evolved into a bigger business, with employees and investors. It means I spend less time doing the actual work myself, and more time managing people. It takes time to adapt, but so far I really enjoy the challenge!

How do you manage to convert your audience to customers?

People first know me on Youtube. Then from Youtube I take them to the registration page of my free training to become a Blockchain developer. And at the end of this training they receive a link to my course. I am still tweaking my sales funnel, and I might just simplify it in the future.

What is something you're working to improve?

Being a CEO requires to do lots of different tasks, and it's very important to allocate your time wisely.  I am learning how to delegate more, and how to be more deliberate in how I allocate my time, like blocking in advance some time slots for recurring tasks.

What inspires you to keep making things?

It's amazing to have a positive impact on people's lives. I receive many emails of people saying how thankful they are for my tutorials and courses, how it helped them to find their first Blockchain job and how that changed their life.

Any tips for the beginners who aspire to start a professional life like you, but feel completely overwhelmed to even start competing?

We live in a world of endless possibilities, and it's both cool and scary. There are many people who don't know what they want to do with their life, even after college, and I think that's ok. Feel free to explore different career path and be willing to make mistakes. After you make enough experiments, you will know yourself better, and you will make better choices.

In my case, after trying many different things in my career, I realized that working in a big company wasn't what I wanted. I realized I wanted to create my own business. Lot of people will tell you that entrepreneurs have a very low chance of success. That's true. But this statistics only applies to first time entrepreneurs. If you keep trying, at some point, your chance of success increases dramatically. Always consider the time aspect. Ask yourself the question: if you keep doing what you are currently doing, what's going to happen in 2, 5, 10 years?