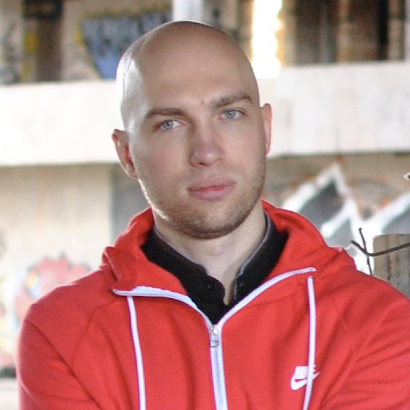 Please tell us more about your background, how you got interested in Web3 and what you're currently working on?

First I got interested in Rust programming language, and then I found out that the primary field for it is blockchain, so I decided to learn it. I’m currently working on infrastructure for Blockchain-as-a-service platform.

What is your definition of web3? Why should we care about it?‍

Web3 is a misnomer in my opinion, I don’t see much difference in the way the internet is, but as any technology we are only limited by our imagination in terms of how we can benefit from it. We should care about it because this is our best shot at dealing with censorship. Some fields, like insurance, government or charity to name a few, could really benefit from transparency that blockchain technology can provide.

What hard and soft skills have been most helpful to help you succeed in Web3?

What would you say is the best thing about your job? The most challenging?

Best thing about my job is the freedom I have in my decision-making process and development, but also I have the best team with me, really cool guys. The most challenging is that there is a huge lack of documentation for the libraries that I am using.

Tell us the greatest working day of your life. You're at home in the evening, thinking of what you accomplished. What made you so happy that day?

One time I was working on a project for airline tickets. I had to find all combinations of tickets for the case when a person is traveling from city A to city B to city C and so on. If it were 2 trips, this could be solved with 1 “for” loop, if it were 3 trips then with 2 nested “for” loops, but the number is not known beforehand, so I had to come up with algorithm for it, and I did, it was 1 “for” loop followed by 2 nested “for” loops. And later I found out that it was Cartesian multiplication and it could be done with 3 lines of code. But I was very happy that I could solve it, because in my mind it meant that I’m on the same level as De Cartes (I’m joking).

You said earlier that you work at Infrinity, What problem does your project solve? What is your vision?

Our job at Infrinity is to bring benefits of blockchain to startups at Venturerock, which is a company focused on investing in new innovative software companies. We are at a very early stage at this point, but we have very promising projects in the fields of insurance, investment, geolocation, retail and many more. We plan to add transparency and data-ownership for the users of these new apps, together with their own innovation.

Best decision I would say is to learn Substrate, which is a framework for building blockchains. I did not have a chance to make bad decisions so far :)

Best decision I would say is to learn Substrate, which is a framework for building blockchains. I did not have a chance to make bad decisions so far :)

What part should Developers play in web3?

We are the ones to make it happen, so obviously an important one :) But the Big Money are the ones who actually can bring it to the masses.

What is your favorite Web3 project? Among the people you've worked, or interacted with in Web3, who do you admire most and why?

I had a small interaction with Mitja Goroshevsky, who is a CTO of Everscale, which is a super cool and technically advanced blockchain. But my favorite is Solana, because of their innovation which is called “Proof Of History”.

What is your vision for your niche? What do you expect to come in the next few years? What development in the field do you find to be the most exciting?

I think that the most promising is the introduction of blockchain to governmental institutions and processes. At this time blockchain mostly looks like a brave new world of scammers :) I really hope that in the next few years we will solve most of the security problems.

You have a strong background in Angular and Rust - two languages that newbies often dread. Any tips for beginners who aspire to work in this domain, but feel completely overwhelmed to even start competing?

You have to start with something small. Make a resume website with HTML and CSS. Make a tool that you need for your hobby or current occupation. And work your way from there. I started with a tool to learn blind typing, it took me 100 lines of JavaScript. Also there are a lot of good video courses on coursera, udemy, skillshare or even youtube as well, also there are great educational articles on medium.