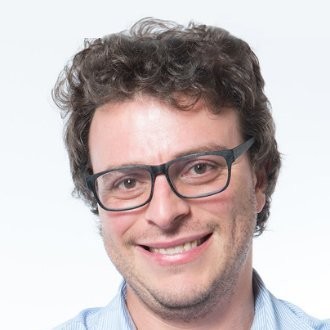 Tell me something true, that almost nobody agrees with you?

You can use crypto-economic incentives to build a justice system, a way to settle all kinds of claims by having rational actors like jurors to vote on disputes, even if they are anonymous and this system can produce good rulings at a lower cost than traditional systems.

In the beginning, nobody agreed with me. But more people agree now. We are still in the early days of crypto, especially for people coming from emerging economies.

I got interested in web3 because of its potential to enable people to have more access to financial tools and the global economy. Especially people from emerging economies.

Kleros is a protocol for a decentralised justice system that can resolve claims happening in this web3 ecosystem.

What problem does your project solve? What is your vision?

Kleros is a decentralized justice protocol.

Let’s say you hire someone to do a video for you or some software work for you in a Web3 freelancing platform. Some time later, a dispute arises because you claim that the contractor didn’t do its job with the expected quality.

Smart contracts are smart enough to self execute but not to resolve subjective situations like disputes. Also, you can’t go to a traditional court or arbitration method, because these don’t work for international or low value claims.

Web3 platforms can send their disputes to Kleros, and then Kleros produces a decision and sends it back. A jury will analyze the case and produce a decision in a transparent and fair way.

What do you focus on to differentiate Kleros from other competitors?

An important competitive element in this industry is legitimacy. And Kleros has the legitimacy of being the pioneer in the decentralized justice industry.

We earn a strong credibility after giving lots of talks, publishing articles, building software… People already know we are innovators in the field of blockchain and law.

Some competitors are starting to come, but they will compete in the industry we have created.

I think I have the following soft skills: writing, presentation, cross-cultural sensitivity and communication. I developed these skills over my career in journalism and education. A lot of what I do is evangelising web3 and Kleros. Communication skills are critical for reaching the audience.

Hard skills: I have a background in economics which helps me understand how cryptoeconomic systems work.

I’m happy to be working in a cutting-edge field. Nobody has ever done before what Kleros is trying to do. Decentralised justice is a new concept, a new pioneering idea.

I am privileged to be working on this and be leading a super talented cross-discipline team advancing the Web3 ecosystem.

What would you say is the most challenging aspect of managing a team in web3?

On top of this, you also have professional diversity. Kleros has professionals from the fields of marketing, computer science, economics, law, mathematics, design and communication.

This is an extremely diverse team coming from different backgrounds and cultures. It’s really challenging but also fun and fertile for innovation.

The best decision is to join Web3 and launch Kleros.

As Richard Susskind says: “The legal industry will have a deeper transformation in the next 20 years than in the last 200”.

Lots of opportunities will come in legaltech in years to come, even for non-lawyers like me.

Worst decision: nothing too bad to mention. Hopefully I will not make this mistake in the future!

What is your vision for legal tech in the blockchain niche?

I think blockchain is going to be an important part of legal tech in the coming years and also AI. Blockchain and AI (machine learning) both help to some extent to make better decisions.

Blockchain can provide a rule of law for the digital world. In a blockchain protocol such as Kleros, all parties have the certainty that the court procedure will be carried out exactly the way it was coded. Nobody can tamper with the evidence or with the jury selection process.

In the future both blockchain and AI are going to create more justice inclusion for the participants, especially in a context of rising cross jurisdictional disputes, because of the evolving global economy.

In order to mature Web3 products, we have to expand beyond the early adopter audience.