The core soft skill in web3 is flexibility and willingness to question what you’re doing. 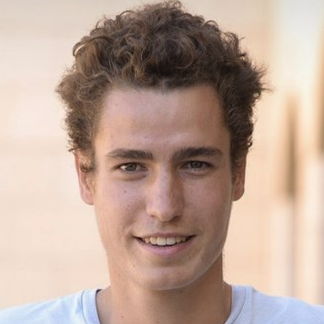 What do you want to be when you grow up?

Not an engineer! I wanted to be a footballer like every kid I guess! At one point, I also wanted to be an American businessman. I grew up in France and I was impressed by the guys you can see in the movies; I wanted to be wearing suits and travel the world to negotiate deals.

The thing is that I have always loved maths, and in high school, I realized that I liked physics/chemistry also, so I went to do engineering stuff. Once in engineering school, I thought I would come back to my childhood dream of doing business, but once again, I found out that what I preferred the most was building things. So, I continued on the engineering path with the core focus of learning how to do stuff and building some hard skills.

About the fact that the best marketers are not necessarily the best developers. You may be good on Twitter creating communities and communicating about web3, but it does not mean that you are a good builder there.

‍I don’t really like the fact that most of the community praises some influential people on Twitter as the best builder even though what they are doing technically and from an innovation standpoint can be average.

I got interested in web3 thanks to a class I took once in Polytechnique given by Julien Prat. I loved the concept and the technological aspect behind it. It was in 2019 and I was not even an investor at that time.

From this class, I started to spend more time learning about web3. I then took another class on crypto at Stanford. At this point, I realized that I did not want to work on another topic, and it coincided with a moment where I was earning yield on USD stablecoins, but losing money because the Dollar was decreasing with respect to the Euro.

So I went on to create a Euro stablecoin and started with Stanford friends Angle Protocol, a decentralized stablecoin protocol designed to push for non-USD stablecoins.

You come from an elitist and traditional academic environment (Polytechnique, Stanford). How does it feel to work in a field that is outcast by many people but somehow represents the future?

To be honest, I don’t think this field is outcast by that many people, at least I have never lived it that way. When I started in crypto (not so long ago), almost every institution and traditional player I was talking to was interested in crypto: they were starting to see the upside and gain interest in it.

The example of VC funds is quite striking: every conventional VC fund I talked to wants to invest in crypto, even if some do not understand much about it.

Besides, I started my experience in crypto during my studies in an academic environment, we raised funds with crypto VCs but that still have deep ties to web2, so for me, it feels like we’re in the market similar to the 90’s internet where a consensus emerges around the fact that this is a technology of the future and everyone is joining.

First of all, I don’t think that I have succeeded in web3 yet. Angle is still a young protocol and there is much more we need to do and build. We’re still in a nascent market, and the real winners for which we could say that they succeeded are the ones we’ll still be talking about in 5/10 years. Many people that will talk as winners today will be losers in the long term.

The core soft skill for me in web3 is flexibility and willingness to question what you’re doing. Everything goes so fast, many new models are reinvented everyday, and you need to have the curiosity to look at what others are doing, to admit sometimes that they’re doing better than you, and then take it up from there. Staying in the same mindset where you don’t change your roadmap for me is just doomed to failure.

The best hard skill is Solidity developing skill, and being able to test, deploy and maintain smart contracts. It gives you the power to do what you want to do in DeFi. And this makes a big difference: you want to develop this protocol or integrate with a project, if you handle smart contracts development well, there’s nothing that will be able to prevent you from achieving what you want.

What problem does your project solve? What is your vision? What do you focus on to differentiate Angle from other competitors?

We launched with Angle a decentralized Euro stablecoin because we felt that it was absurd that the stablecoin market was completely dominated by USD stablecoins with not any tool built for European users.

What we are trying to achieve is even bigger than that. Angle is not just a Euro stablecoin protocol, it could be used to issue any stablecoin.
The medium-term goal is to grow agEUR as a main Euro stablecoin in DeFi, like a USDC equivalent, but there is so much more to do there. New stablecoins first!

Angle is not a copy-paste of another stablecoin protocol but with a different oracle. The vision around Angle is also to innovate in terms of how stablecoin protocols work, and show that new and more efficient models can be reinvented!

In terms of differentiation, we differ first compared with big USD stablecoins because we do Euro. Related to other Euro stablecoins, the focus is DeFi for us: big Euro stablecoins are centralized and they’re having a hard time scaling. We’re trying to be quite fast and aggressive in our multichain expansion to occupy the space before they solve their scaling problems. Our unique protocol is a differentiator and it allows us to scale easily.

Competition with other stablecoins is however not really a competition: thanks to protocols like Curve there’s also a way we work and grow together. Stablecoins remain a positive-sum game! That’s why for instance we are collaborating with Jarvis and Mimo on Polygon.

Are you currently looking to recruit new talent to your organization? Are you looking for partners or helpers?

Yes! We have two open positions, I am not sure it’s the best place to share the offers. We are looking for one lead designer and one community builder to join us!
More generally, any help, suggestion, or insight on Discord is more than welcome, this is how we can collectively grow in a healthy way as a DAO. Our focus for 2022 is going to function better in a decentralized manner while keeping the effectiveness we have at the moment.

The best thing is being able to do 10 different jobs a day: coding, business development, legal, administrative, … It’s so stimulating to have to think about many different things every day, I could not imagine anything better than that.

The most challenging is that it never stops. We have a pretty big community of more than 30k people on Discord, and this community never takes a day off. This is exciting because new ideas arrive every day but it can also get quite complex to handle sometimes. Keeping a good personal/professional life balance in this ecosystem is the biggest challenge for crypto developers I think.

Tell us about the greatest working day of your life. You're at home in the evening, sitting on your couch and thinking about what you accomplished. What made you so happy that day?

It’s the day where I realized that from an idea we had about making a Euro stablecoin back in early 2021, we had managed to create for myself and my teammates a job for which we were paid. Being able to create your own job is very fulfilling.

I hope however that my best working day has not arrived yet, and that we’ll have many successes to celebrate in the future.

I really like Convex, this project has everything, a serious developing team, a clear value proposition and it focuses mostly on building and shipping which is super important to me, more than being present on Twitter all the time. I really admire one of the developers of the project C2TP for not forgetting her/his mission and keeping up the work even though she/he could rest on what was built.

I also like how OlympusDAO is structured. For having worked with them on the Olympus Pro program, I was impressed by their professionalism and the smoothness of the project.‍

What is your vision for your niche? What do you expect to come in the next few years? What developments in the field do you find to be the most exciting?

I see a multi-layer ecosystem coming, with stablecoins as a standardized means of payment across blockchains.

I don’t understand everything that they do, but I am fascinated with zk-proofs and the fact that you’ll be able to have multiple identities all hidden behind a pseudo there. I guess I am being pretty average when seeing that, but developments of L2s and scaling solutions around Ethereum is for me super exciting.

What is the question that has not been asked here that you would have enjoyed reading the answer to from one of your peers? Answer it.

I guess the question is about doubting on what you’re building: like I wonder to what extent famous builders we’re seeing today faced doubts in the past when they were building, and no one knew them and how they dealt with it.

On my side, I must say that I am quite often doubting. I am confident in what we built, the protocol and so, but I wonder whether we’ll be able to reach wide momentum and become a major stablecoin.

The best way to deal with it for me is to keep working and giving everything I can: this reassures me and I also have the feeling that what’s more important is not to have any regret. So, regardless of the difficulties and doubts, if you have given 100% of what you could give, there would have been nothing to be ashamed of.

What quote has actually stuck with you and changed your life?

It’s a French quote but in English, it translates to something like:

tradition is the personality of the fools.

What it means for me is that we should not blindly keep following what others did in the past and repeating it because they did it. I believe that thinking by yourself, and questioning the why of what you’re doing is very fulfilling.